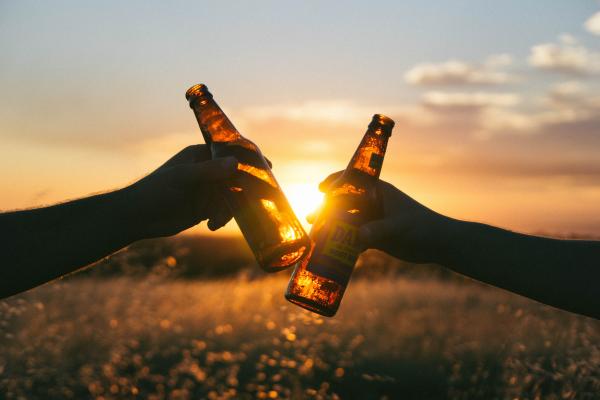 Anheuser-Busch InBev, or AB InBev, is a publicly-traded multinational drinks conglomerate headquartered in Belgium. It’s the world’s largest beer brewer by both volume and revenue, operating more than 600 beer brands in 150 countries. AB InBev was formed in 2008 through the acquisition of Budweiser brewer Anheuser-Busch by Belgian conglomerate InBev—which is itself a merger of Stella Artois-maker Interbrew and Brazil’s AmBev. In 2015, AB InBev acquired its biggest rival in North America, SABMiller, for $107 billion. The deal required the sale of a number of SABMiller brands, including Miller and Coors, to satisfy antitrust regulators. In recent years, acknowledging the consumer trend away from mass-produced lagers, AB InBev has rapidly acquired U.S. and international craft brewers including Goose Island, Blue Point, and Camden Town Brewery. Some of its popular brands include Budweiser, Michelo, Corona, Bush, and Natural Light. Learn more at https://www.anheuser-busch.com/about.html .

Molson Coors is a publicly-traded multinational drinks conglomerate with twin headquarters in Golden, Colorado, and Montreal, Canada, though officially considered a U.S. firm. In sales, it holds the number one position in Canada, the number two rank in the United Kingdom, and the number three slot in the U.S. Coors Light, the firm's biggest-seller, is the fourth best-selling beer in the United States; Molson Canadian is the best seller in English-speaking Canada; and Carling ranks as the best-selling lager in the United Kingdom. Other key brands include Blue Moon, Dos Equiz, and La Colombe. In 2005, it was formed through a merger of two companies with deep roots — Molson Inc., established in 1786, the oldest brewery in North America; and Adolph Coors, established in 1873 — both of which were still under control of their respective founding families. Following the merger, the Coors and Molson families jointly controlled Molson Coors, each holding one-third of the voting power. Learn more at https://www.molsoncoors.com/about .