WHERE: Electrical Engineering and Computer Science Building, 1311 show on map 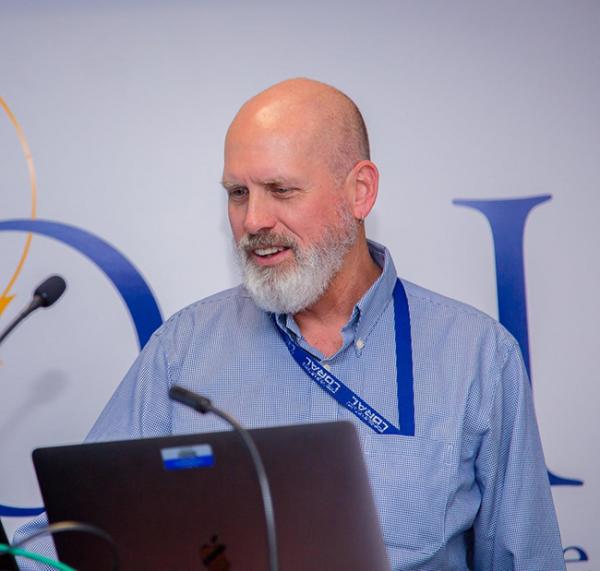 Abstract:
The allure of electrodeless, rf based thrusters is fairly obvious in the abstract: long life due to no electrode sputtering, multi-propellant operation (in some cases), higher plasma density. Examples include capacitive, inductive, and wave-based thrusters. Generally, the fundamental application of these concepts is an rf heated plasma, expanded through a divergent magnetic nozzle. When a wave is proposed as the plasma generation mechanism, certain physical parameters are proscribed by the dispersion relation, which serves to relate plasma parameters to the thruster design. Some considerations of these impacts on plasma sources can be examined in basic models of the wave dispersion, absorption, and coupling. The conservation laws in these sources provide additional constraints. The interaction of these phenomena will be discussed from a modeling and experimental perspective for a helicon source in terms of the scaling of density with power, geometry, and coupling, with implications for wave-based thrusters.

About the Speaker:
Dr. James Gilland is a Senior Scientist at the Ohio Aerospace Institute, specializing in advanced plasma propulsion (300 W to 300 MW), including Hall thrusters (HTs), magnetoplasmadynamic thrusters, and plasma wave thrusters. He currently supports NASA Solar Electric Propulsion HT development for the NASA Gateway. Dr. Gilland has performed system and mission analyses of a range of nuclear and solar electric propulsion systems; and served as the Lead Nuclear Electric Propulsion (NEP) Engineer in NASA’s Nuclear Propulsion Office, performing analysis of multimegawatt NEP power and propulsion systems for human space exploration. He is a past NASA Innovative and Advanced Concepts Fellow for his work on propellantless propulsion using Alfven plasma waves. He served on the NASEM panel for Space Nuclear Propulsion Technologies in 2020, and on several NASA advisory panels, including the High Energy Power & Propulsion Capabilities Roadmap Team. Dr. Gilland has an MS in Aerospace Engr. from Princeton U. and a PhD in Nuclear Engr. & Engr. Physics from U. of Wisconsin.

The seminar will be conducted in person and simulcast via Zoom; it is free and open to the public. Please check the MIPSE website for additional information and requirements for in-person and remote attendance: https://mipse.umich.edu/seminars_2122.php